Nestled on the outskirts of Blown Me Down’s cross country ski trail network is a rustic log cabin known as The Gazebo.

A Blow Me Down tradition, The Gazebo is about 8km round-trip from the lodge. And it’s worth the journey, especially on Saturdays when volunteers head out early to put a fire in the woodstove and get ready to cook up a feast. Hungry skiers and snowshoers can refuel with traditional Newfoundland fare including toutons, home made baked beans, and bologna.

Check at the lodge to see if The Gazebo is open and don’t forget to sign The Gazebo’s guest book before you leave! 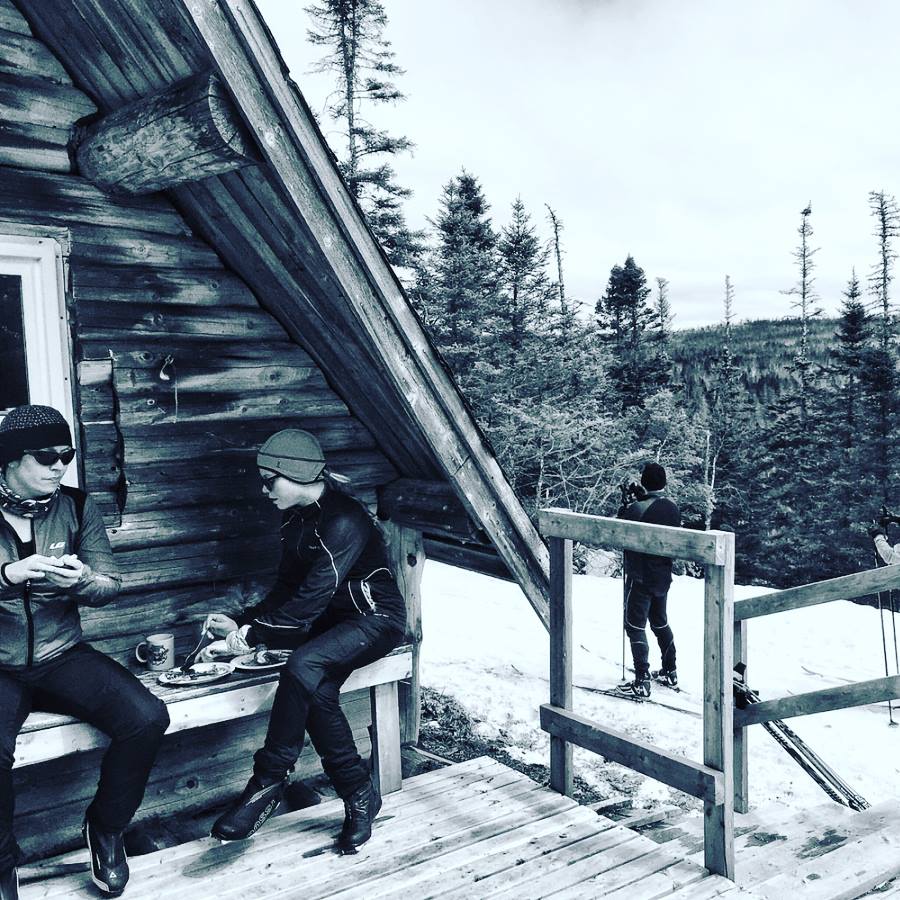